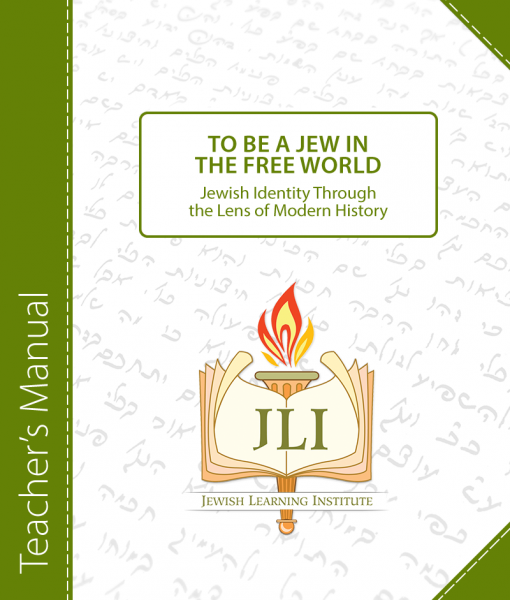 To Be a Jew in the Free World

What was it like for our ancestors to say goodbye to the shtetl, to set out to discover new lives for themselves, along with all of the liberties the free world had to offer? At the dawn of the enlightenment, how did our parents adapt their Judaism to the developments of a modern age? And what can we learn from their struggles to connect deeply with our own Jewish identities?

Product added! Browse Wishlist
The product is already in the wishlist! Browse Wishlist
SKU: FSENCJFW Category: Jewish Fundamentals
LESSON 1
ONCE A JEW, FOREVER A JEW
Napoleon Bonaparte promised freedom from discrimination. The price? Allegiance to him and to France. Why are alternative allegiances a cause of concern for Jews? Just how deep does our Jewish identity run? And why is it that no matter what you do, you’ll always be a Jew?
LESSON 2
FREEDOM FOR ALL
In 1790, after leading a revolution in the name of liberty, George Washington affirmed the divine and inviolable freedoms of America’s tiny Jewish community. What is freedom? Is it indeed liberating to do as we please? Perhaps freedom is about something much deeper, more meaningful, and fulfilling!
LESSON 3
JUDAISM OF OUR CHOOSING
The failed attempt to establish a chief rabbi in New York in the 1890s demonstrated the weakness of the modern Jewish community structure. This lesson explores how the lack of top-down organization in the Jewish community and new-world individualism combine to challenge and empower individuals to choose to participate in Jewish life.
LESSON 4
THE JEWISH VOTE
In 1862, General Ulysses S. Grant signed an order expelling all Jews from the area under
his command. This became a defining issue in his 1868 presidential campaign. Are Jews obliged to vote as Jews? Can our concerns as Jews conflict with our duties to our Diaspora home? Where should our first allegiance lie?
LESSON 5
ANTISEMITISM-FREE JEWISH IDENTITY
In contemporary times, the power of antisemitism to form a bulwark against assimilation has declined. We face a paradox−a desire for complete acceptance of Jews within society, while at the same time hoping that younger Jews and coming generations do not choose to assimilate and instead commit to living a Jewish life. How is this to be accomplished?
LESSON 6
PURPOSE FOR ALL MANKIND
In 1655, Menashe ben Israel shared a dream of redemption, moving Oliver Cromwell to readmit Jews to England. What is our role as Jews to inspire the world with a vision of universal peace and goodness? This lesson moves beyond mere Jewish continuity, and presents the idealistic vision that Judaism has for all humanity.