For thousands of years, the prophecies of a “messianic age” stretched the imaginations of even the most fervent believers.

Instant media, certain mass social movements and a global pandemic have shown us how suddenly and radically the world can be rewired by the actions of a few.

Why not for the good?

Join us to demystify the Jewish idea of a perfect world and discover a practical path for reaching it in our lifetime.

In a society marked by chaos and discord, it’s hard to believe our world is actually better than it’s ever been. Let’s dive into the data of what’s wrong—and what’s right—with the world.

Lesson 2 Who Needs a Redemption?

Though it will solve every speck of ill in the world, the idea of Redemption is not a response to strife. Rather, it’s an independent and foundational tenet of Jewish belief. See where it fits into the bigger story of Creation.

Waiting for a Messiah to come save humanity feels a little… un-Jewish. But what if Redemption is a natural reaction to humanity’s own cumulative action? Discover the effect you’ve already had on the reality of the world.

Lesson 4 We’re Getting There

Judaism sees all of history as one connected journey toward a single desired destiny. In this lesson, we look back to identify four distinct epochs that show us how far we’ve traveled on the way to a truly good world.

Lesson 5 Out of the Blues

So, will we wake up one day in a glorious wonderland? Or is the Redemption more of a gradual process? Let’s study the sources on the actual transition from our reality today into a world of revelation.

We’ve seen why the Redemption needs to happen and the human role in making it happen. Now peek into that perfect—and perfectly possible—world as the prophets and sages vividly describe it!

It is history that gives humans the sense of immortality and a bond that transcends passing differences. I applaud JLI for launching this worldwide study of Jewish history, a unique opportunity to rediscover our collective identity.

In these tumultuous times, strengthening our identity is critical. JLI's course, The Land and the Spirit, provides an intriguing opportunity to connect to our roots, to be empowered by a personal link with our people and history, and to understand our bond to Israel. It is only by drawing a clear line from the past to the present that each of us can chart a course for a creative, constructive, and fulfilling future as part of the Jewish People.

I found the Rohr JLI course You Be The Judge fascinating. If my first-year students had been exposed to this material before starting law school, they would be better prepared for the rigors of the Socratic method.

Many thanks for sharing with me the exciting Rohr JLI curriculum of You Be The Judge and for the excellent idea of bringing the treasure of Jewish law, a major point of Jewish life and Jewish ethos, to the attention of interested people.

On the level of the individual to the level of culture, the ills we experience, by and large, result from mindlessness. The wisdom discussed in Toward a Meaningful Life should be widely read to help provoke a reversal of this trend and lead us to mindful lives full of everyday meaning.

I am delighted to learn that the Rohr Jewish Learning Institute has created the course entitled Flashbacks in Jewish History. The great encounters between Judaism and its surrounding civilizations are of paramount importance for anyone seeking to understand Jewish life in the past as well as in the present.

The Rohr Jewish Learning Institute and Rabbi Aaron Herman are to be congratulated for their challenging course, The Land and The Spirit, in which the spiritual values and centrality of the Land of Israel are expounded through a fascinating range of religious and secular texts. These texts span a remarkably wide range of opinions, from Moses to Herzl, from Rashi to Chief Rabbi Jonathan Sacks, from Rabbi Menachem Mendel Schneerson to Natan Sharansky (There is No Zionism Without Judaism), from the Talmud to the opinion writers of the Jerusalem Post. These texts, like the course itself, will serve a noble cause in stimulating thought and encouraging understanding.

The story of our people is filled with tales of leadership and vision, kindness and compassion. These are the gifts that enriched our own communities, and they are gifts we have shared with others around the world. The past provides us the inspiration to continue to work for the betterment of society.

Journey of the Soul 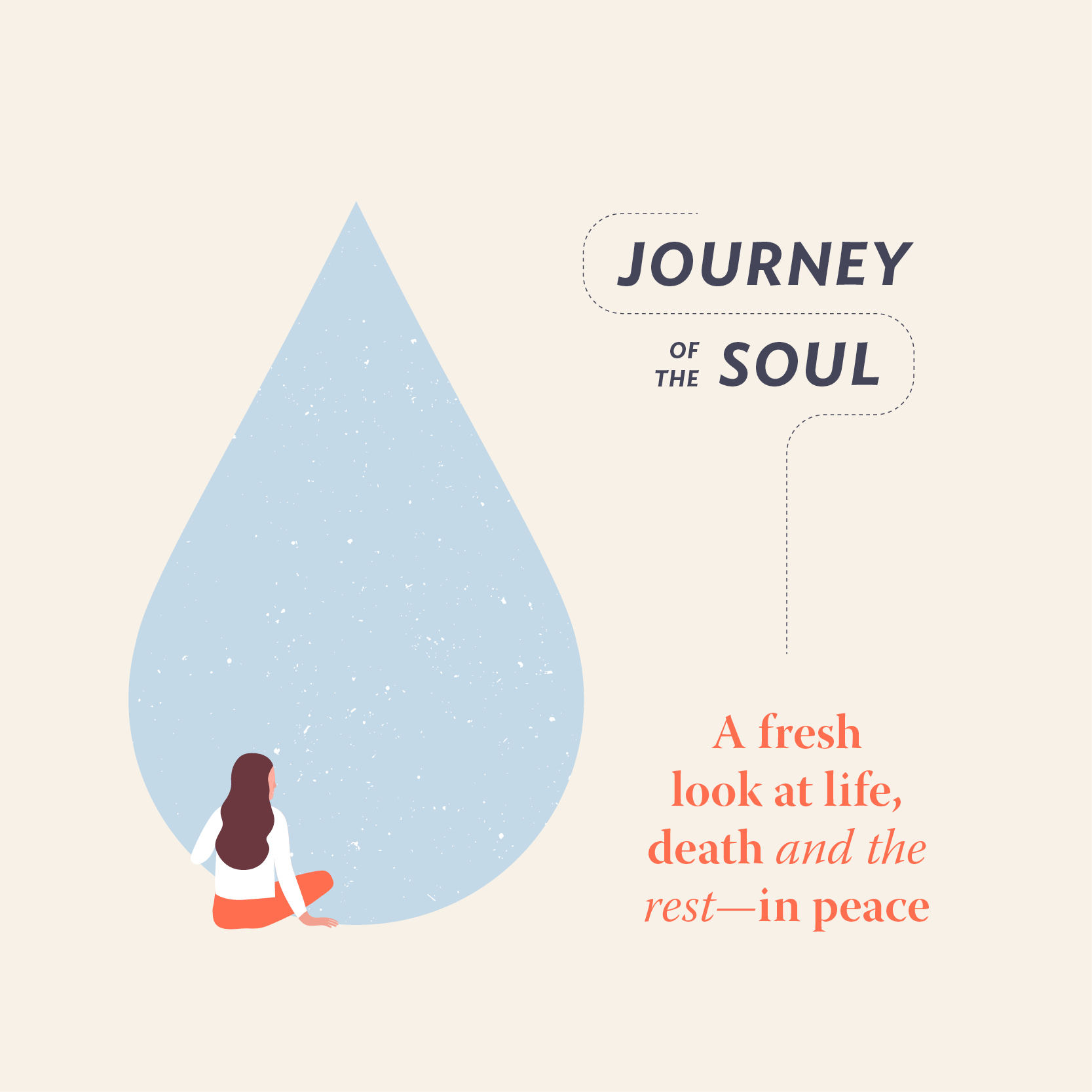 Is there really a “better” place after this one?

Do our loved ones continue to connect with us?

Can I relate to an afterlife if I’m not spiritual?

At once practical and powerful, reflective and relatable, Journey of the Soul teaches a Jewish perspective on life that begins before birth and lasts well after a person’s passing.

It’s a journey we all take, and it’s yours to explore this winter.

Judaism's Gifts to the World 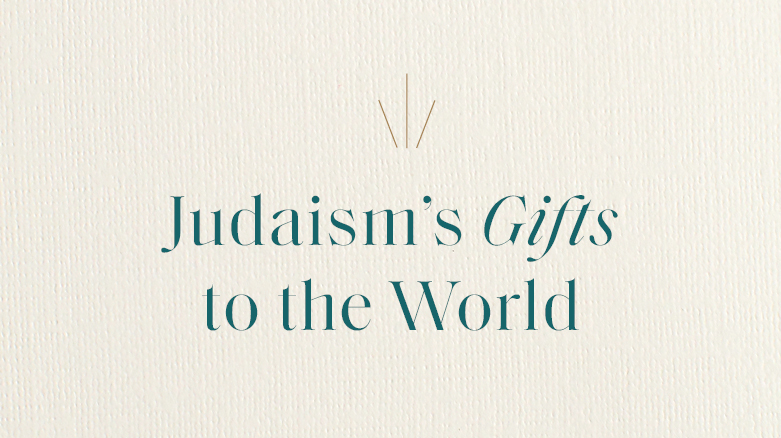 By most indications, modern society is a model of moral progress. Yet when it comes to everyday values, we still grapple with the big ones…

- What are our responsibilities toward the less fortunate?
- How do we fashion a more moral and equal society?
- How can we make a move toward more cohesive family living?

Join us to unpack six of the world’s most cherished values and how they were delivered to humankind by the Torah. By tracing their fascinating journey to the mainstream, we’ll discover a timeless core of purpose, integrity, and clarity in each value—a powerful gift of guidance as we navigate our own daily choices. 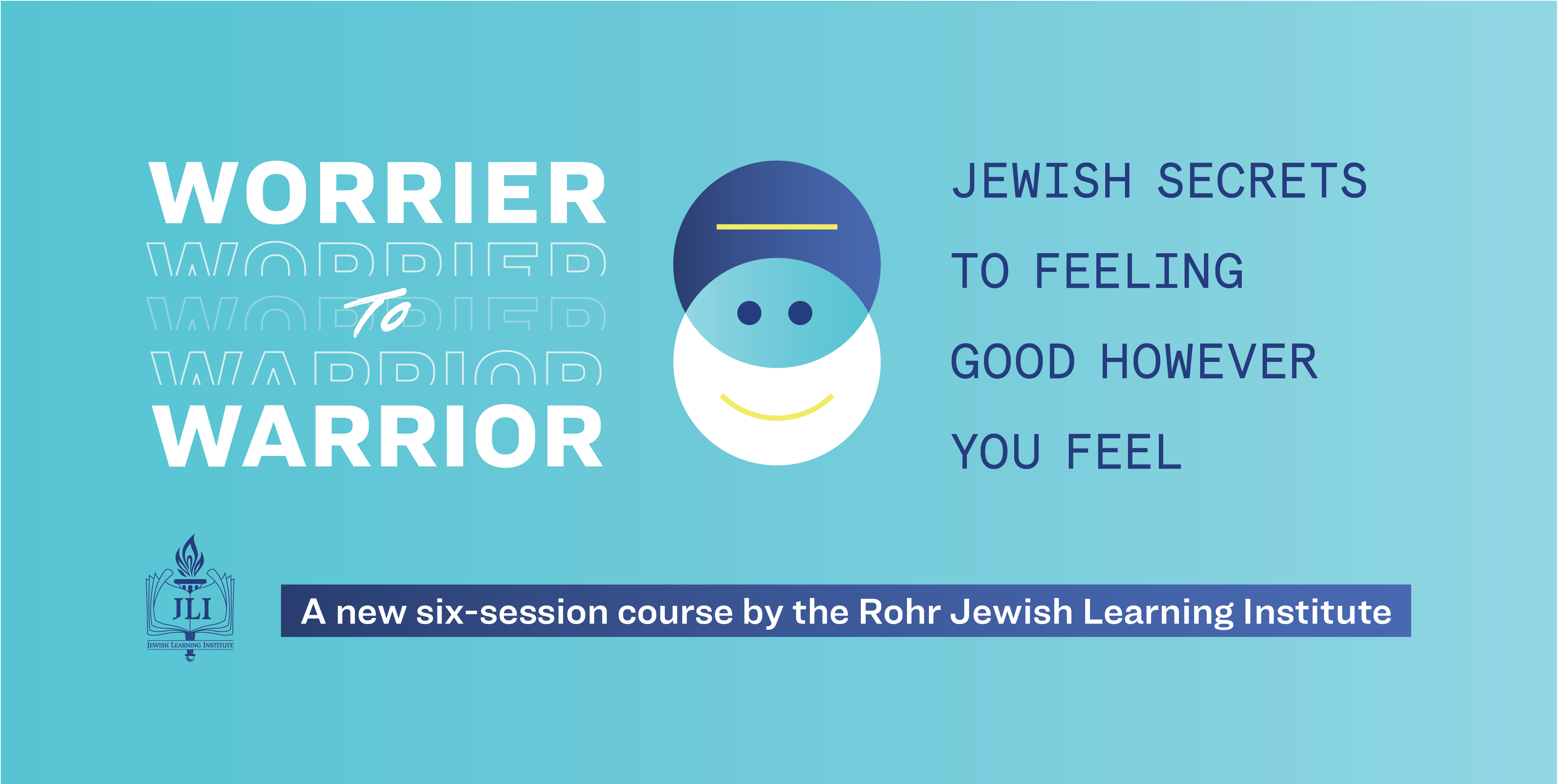 We yearn to feel happy, self-assured, and enthusiastic, yet we’re consumed by feelings of doubt, regret, insecurity, and suffering. Do our delicate positive emotions have a fighting chance at being in control? This course explores negative emotions in a completely new light, offering spiritual mechanisms that allow us to remain upbeat no matter what life brings.

Secrets of the Bible

Revisit six seemingly absurd stories you likely remember from Hebrew school. Uncover their hidden themes and eye-opening insights into the mysteries of life.
~ What is the deeper meaning behind these stories?
~ How did they shape the Jewish worldview?
~ What wisdom do they hold for you today?

Sign up for a thought-provoking experience, sure to deepen your understanding of Judaism and enrich your life!